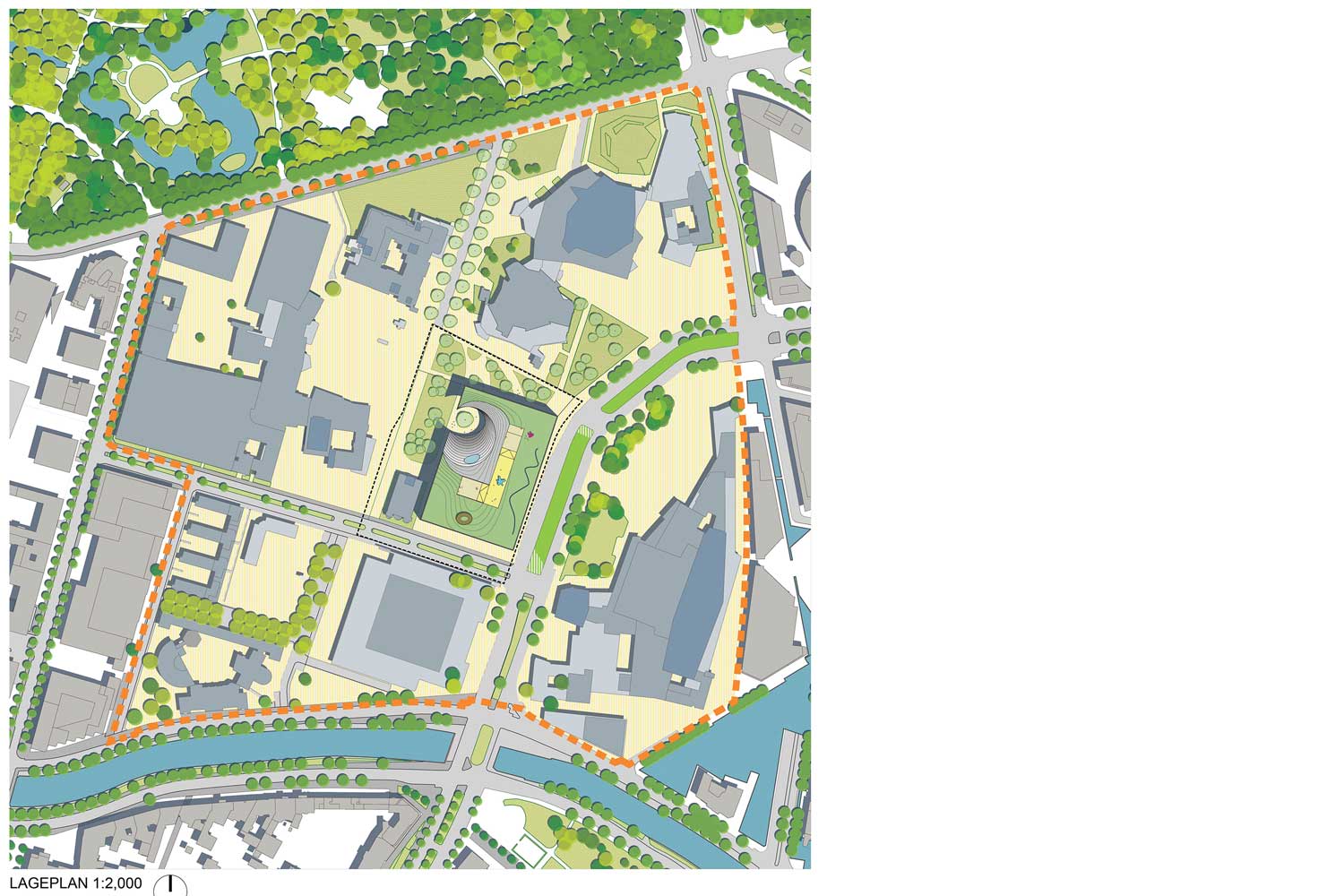 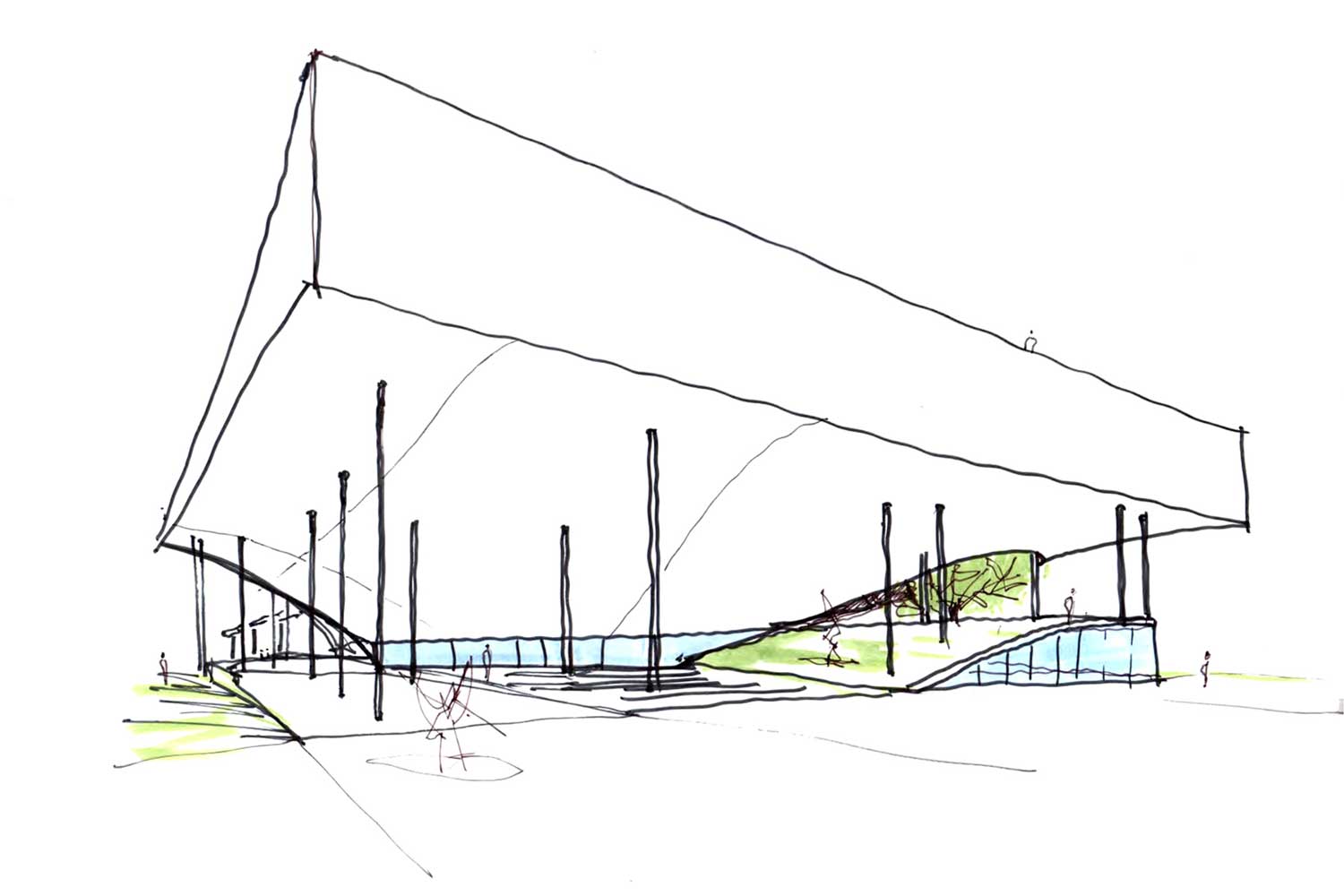 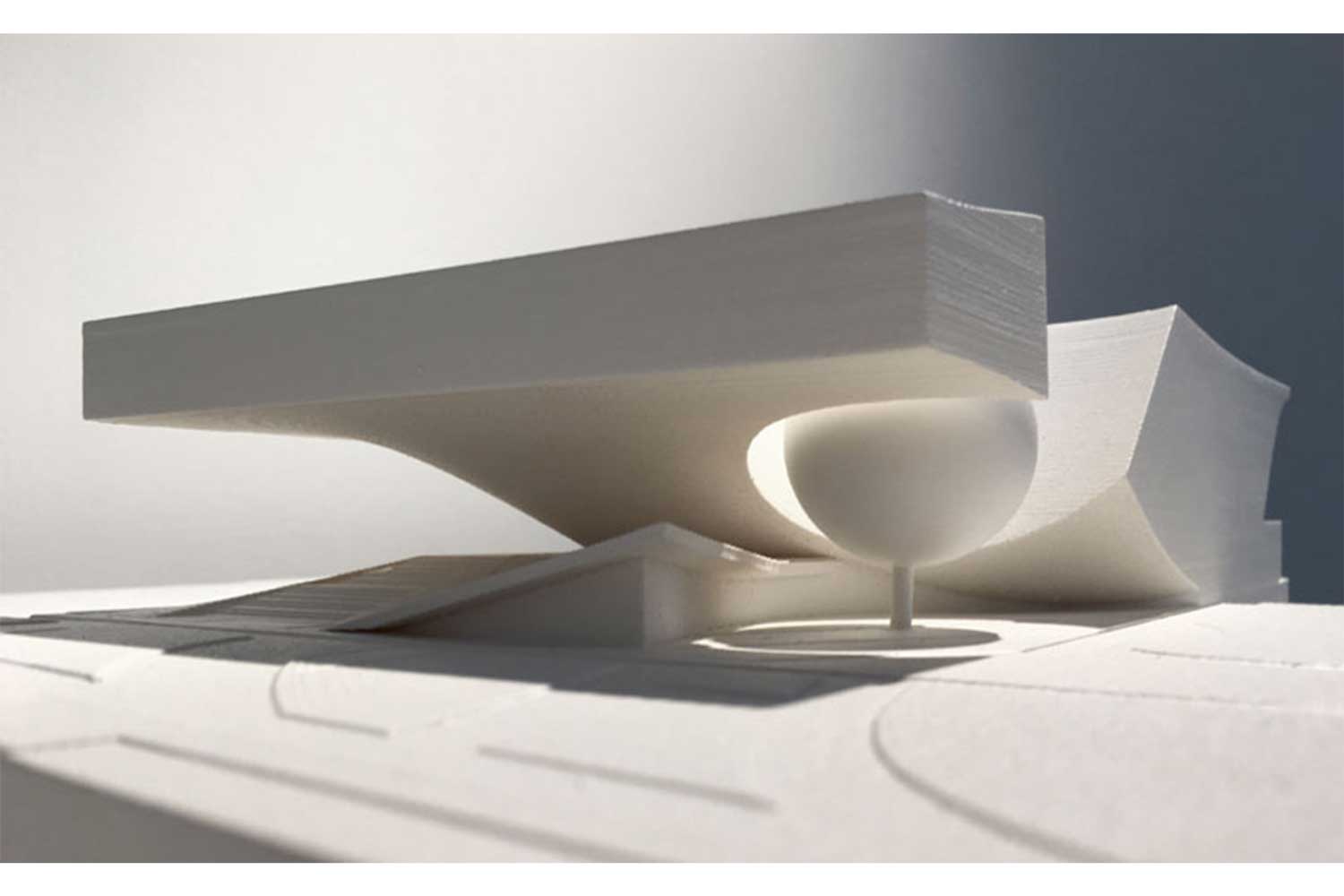 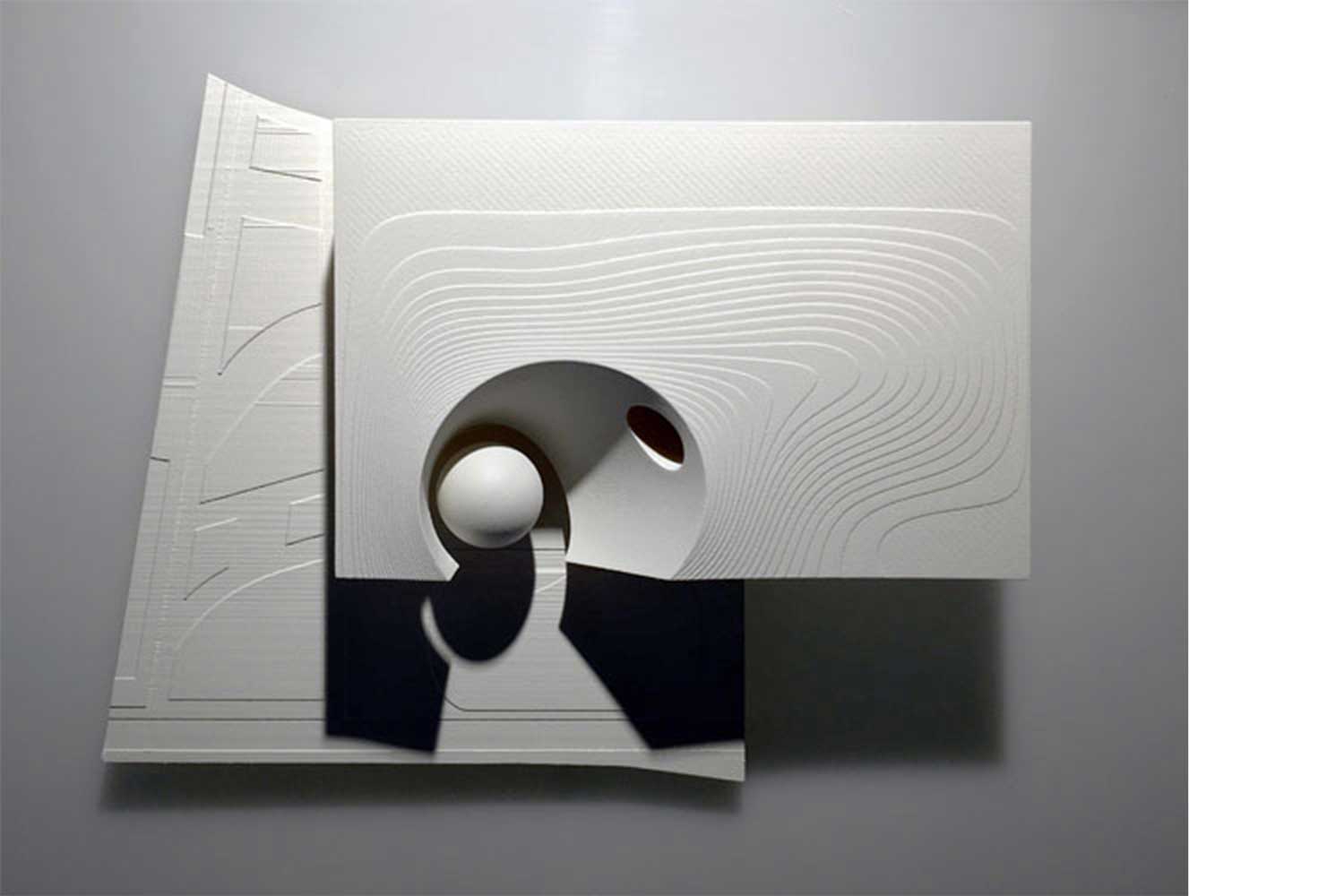 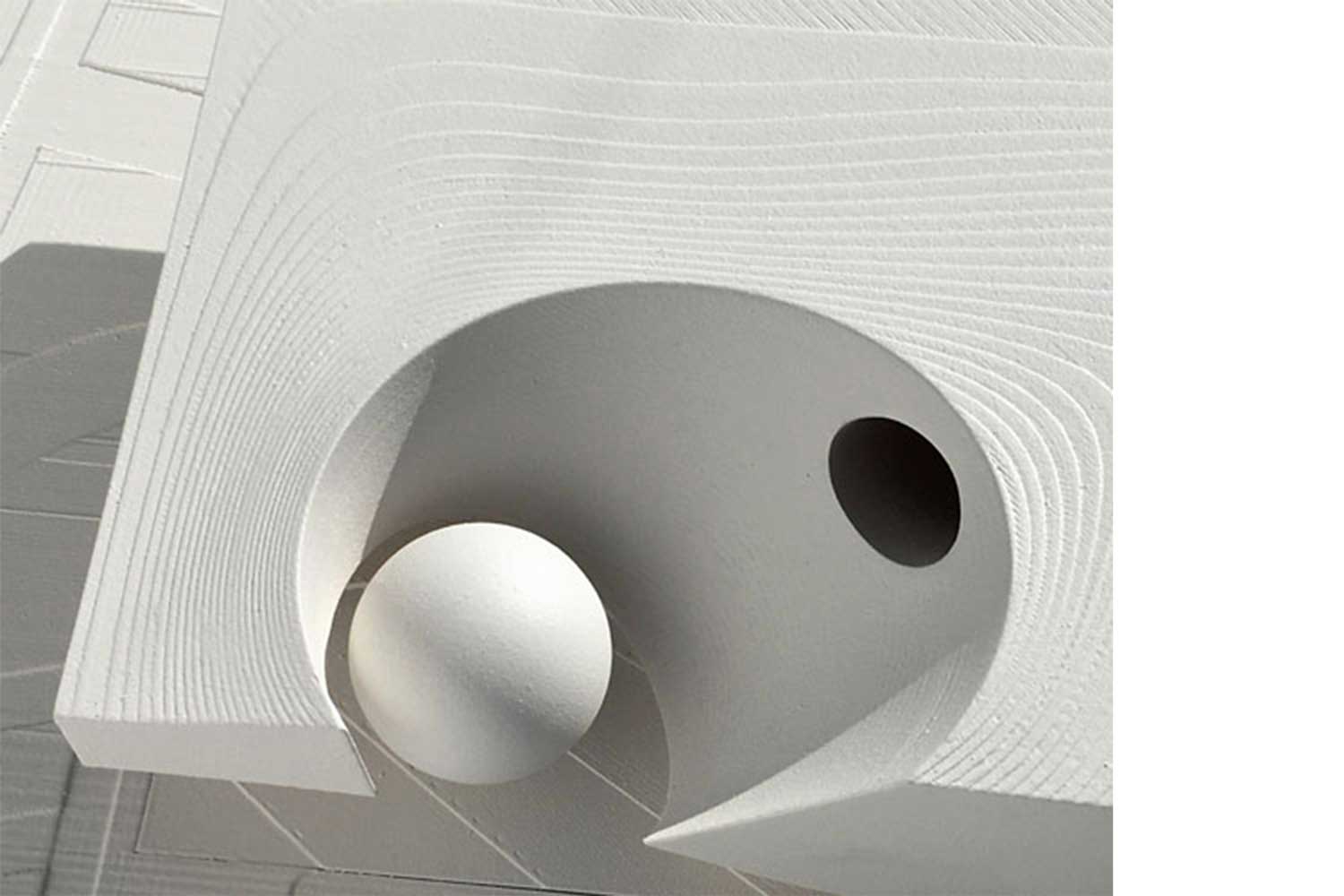 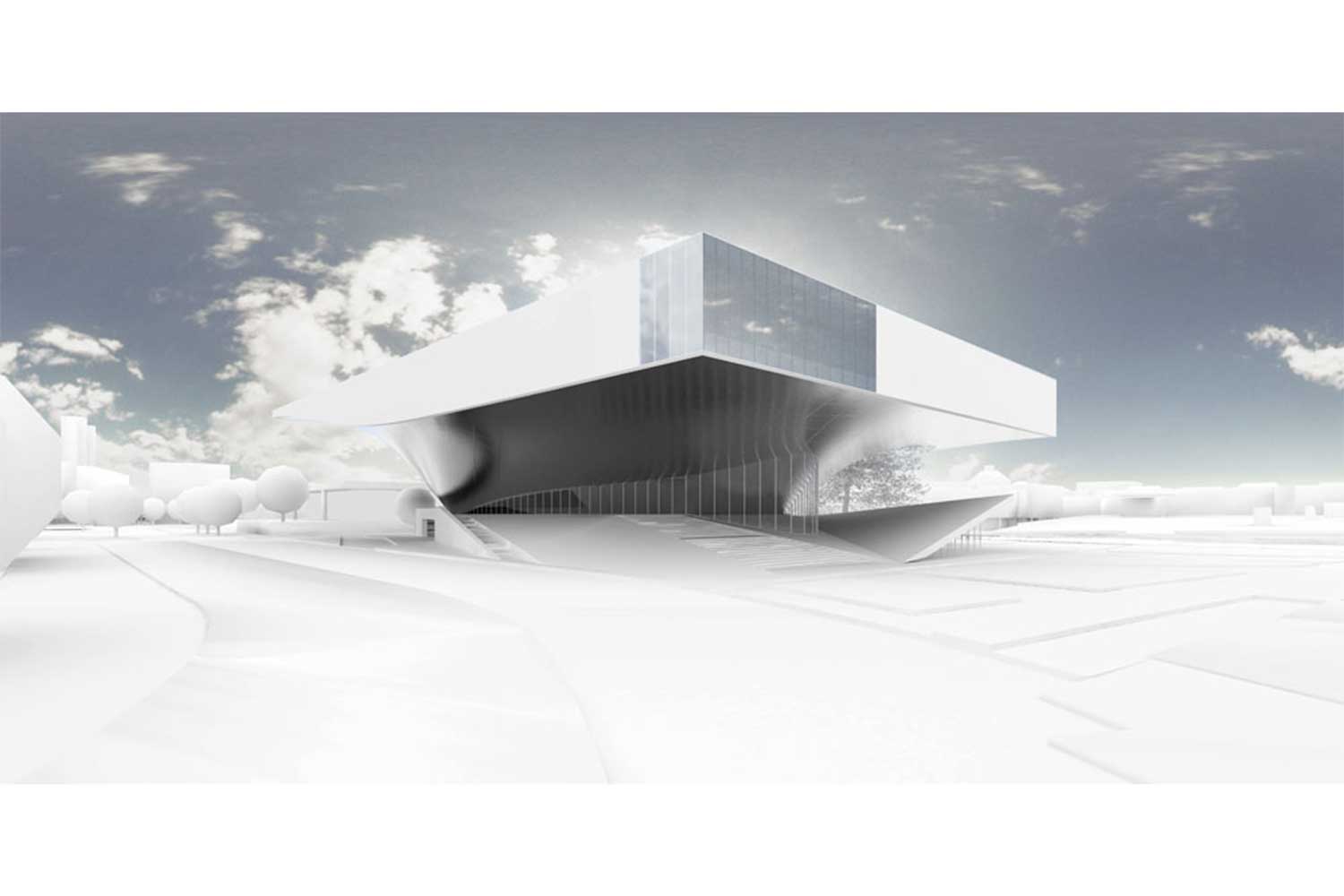 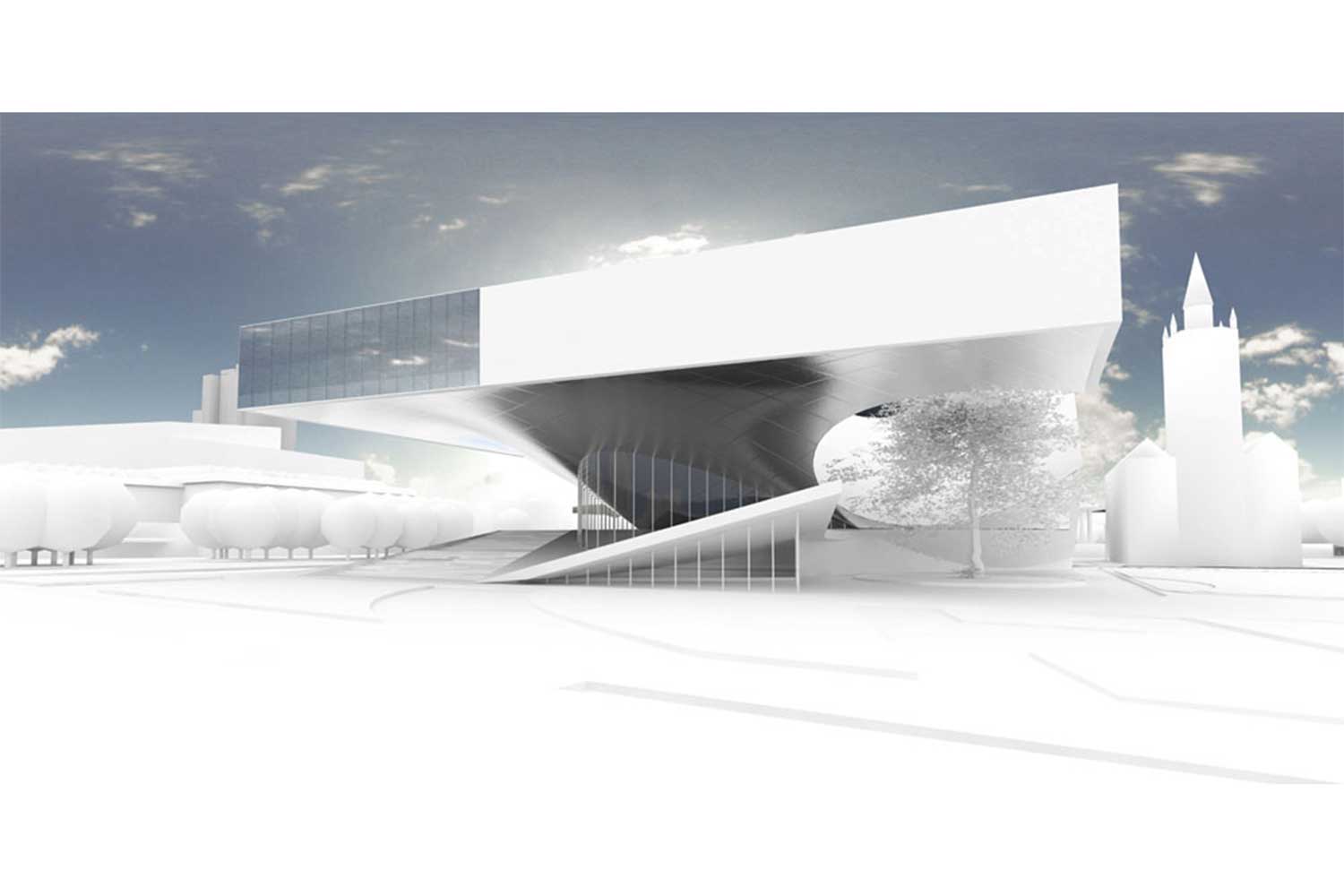 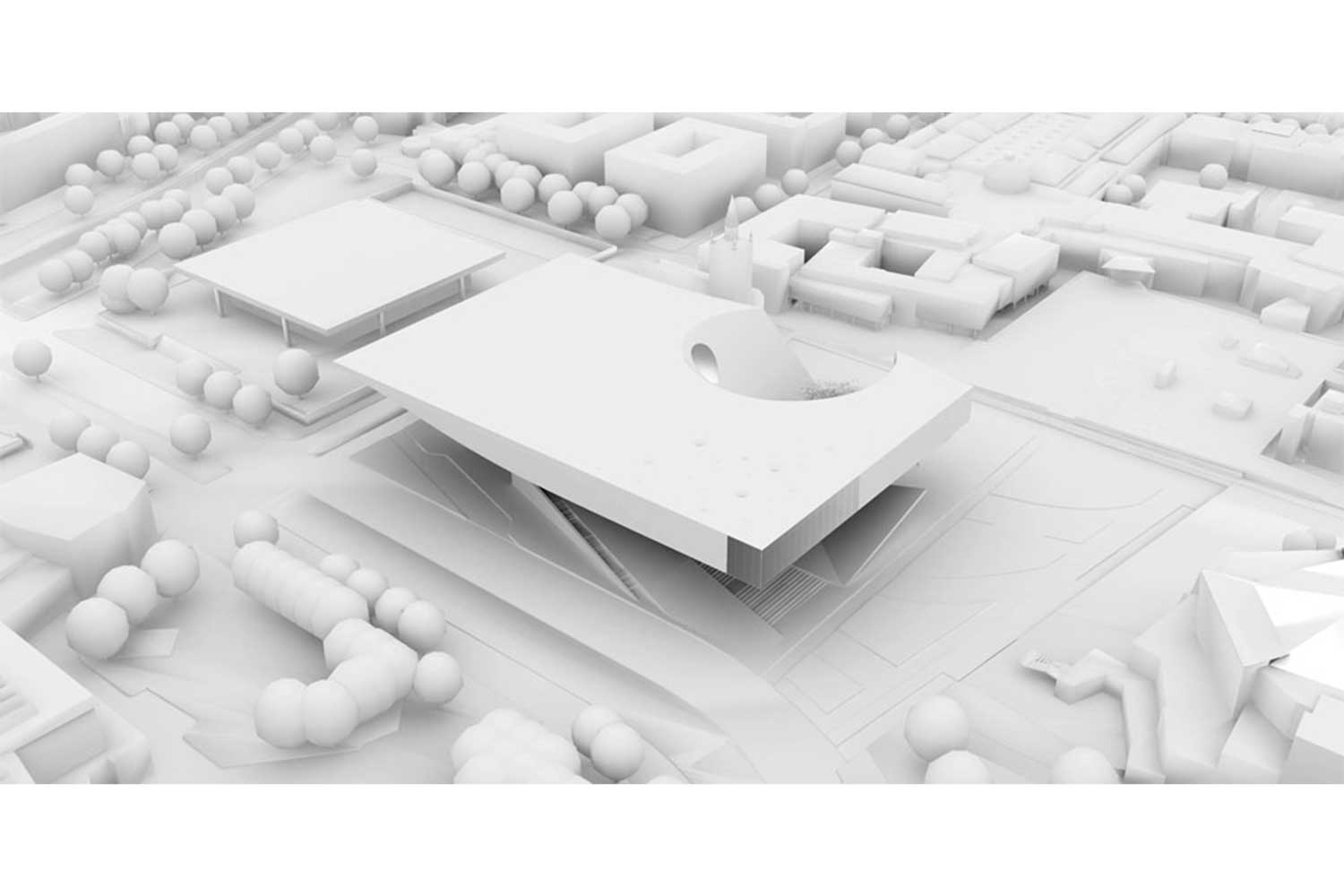 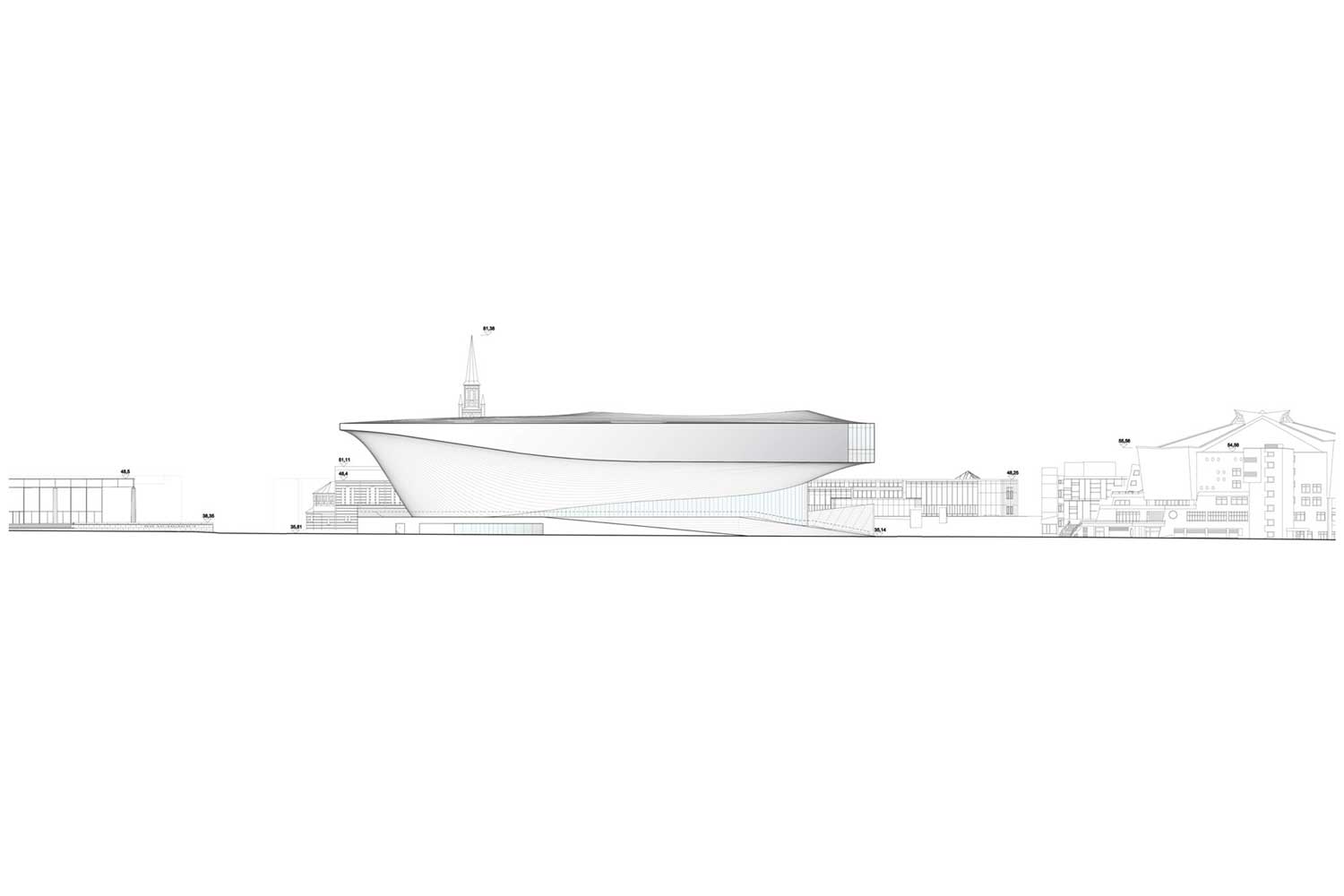 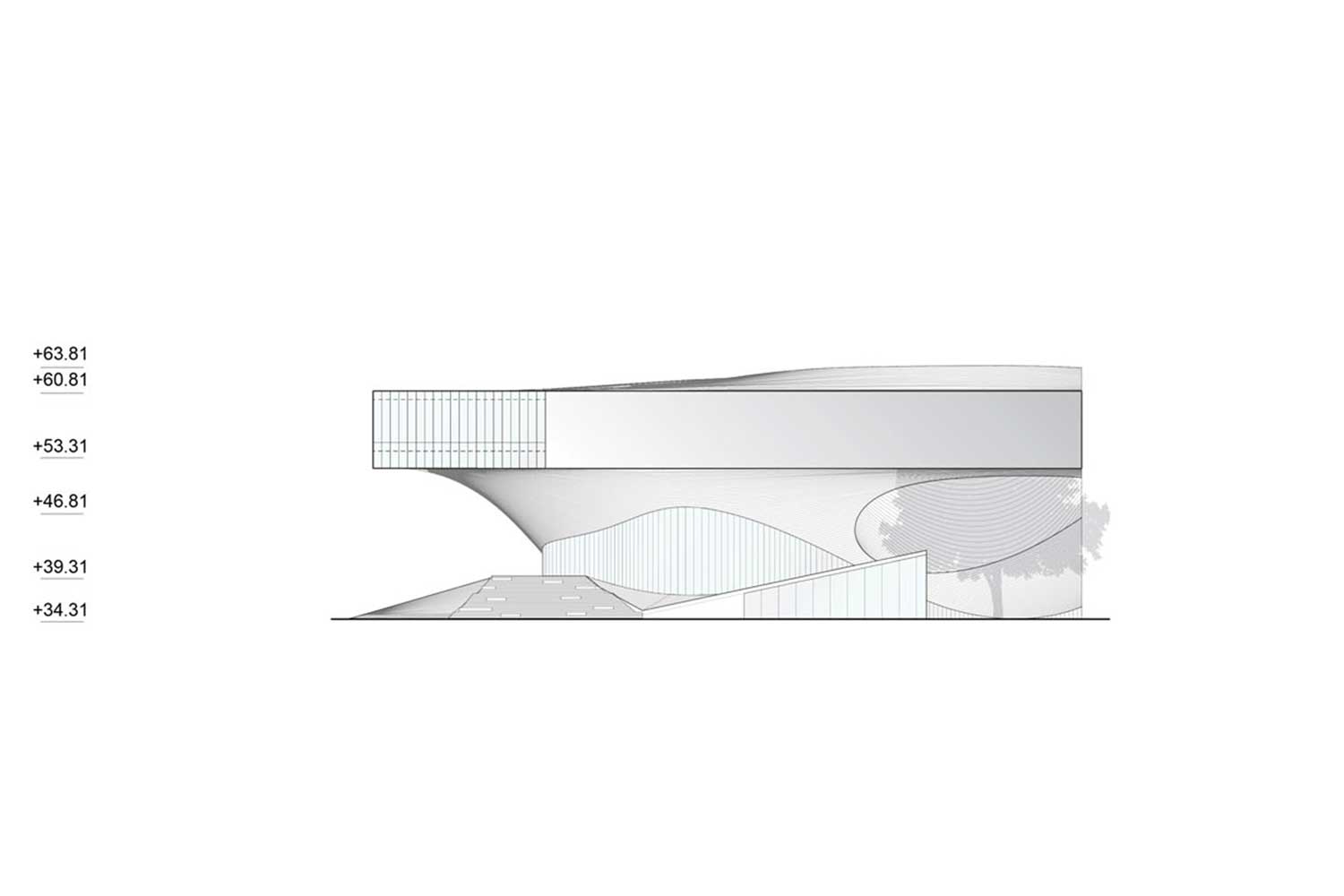 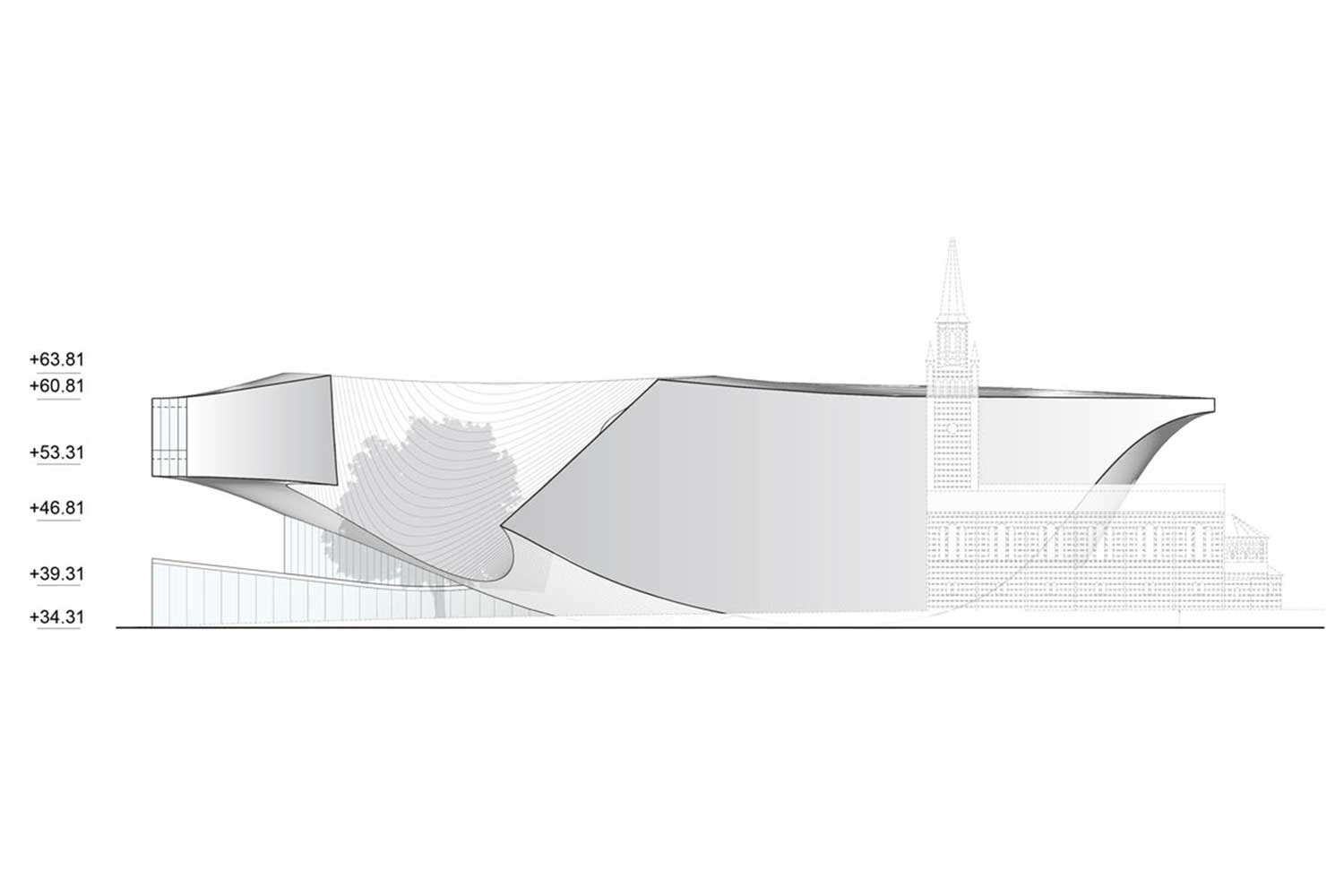 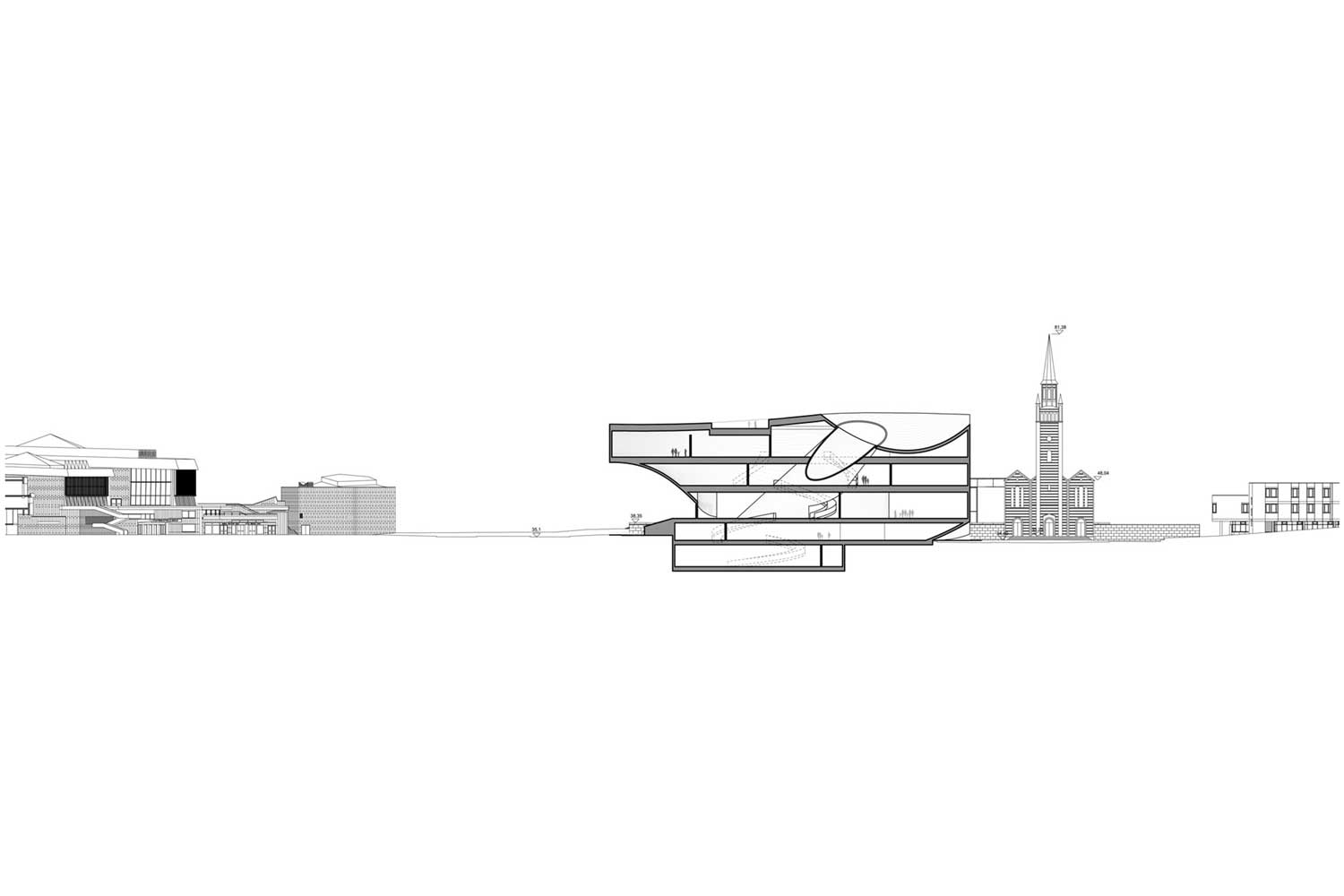 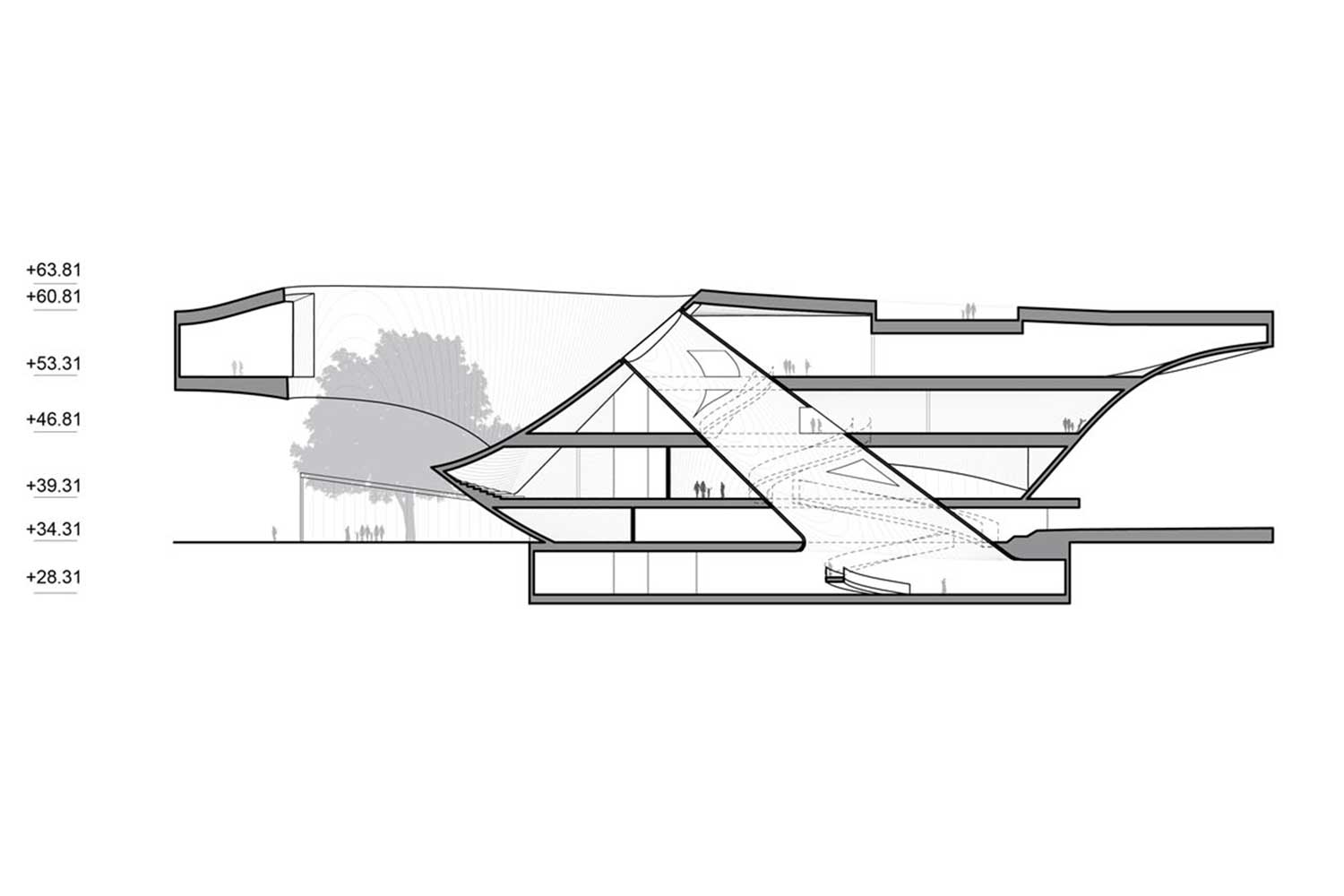 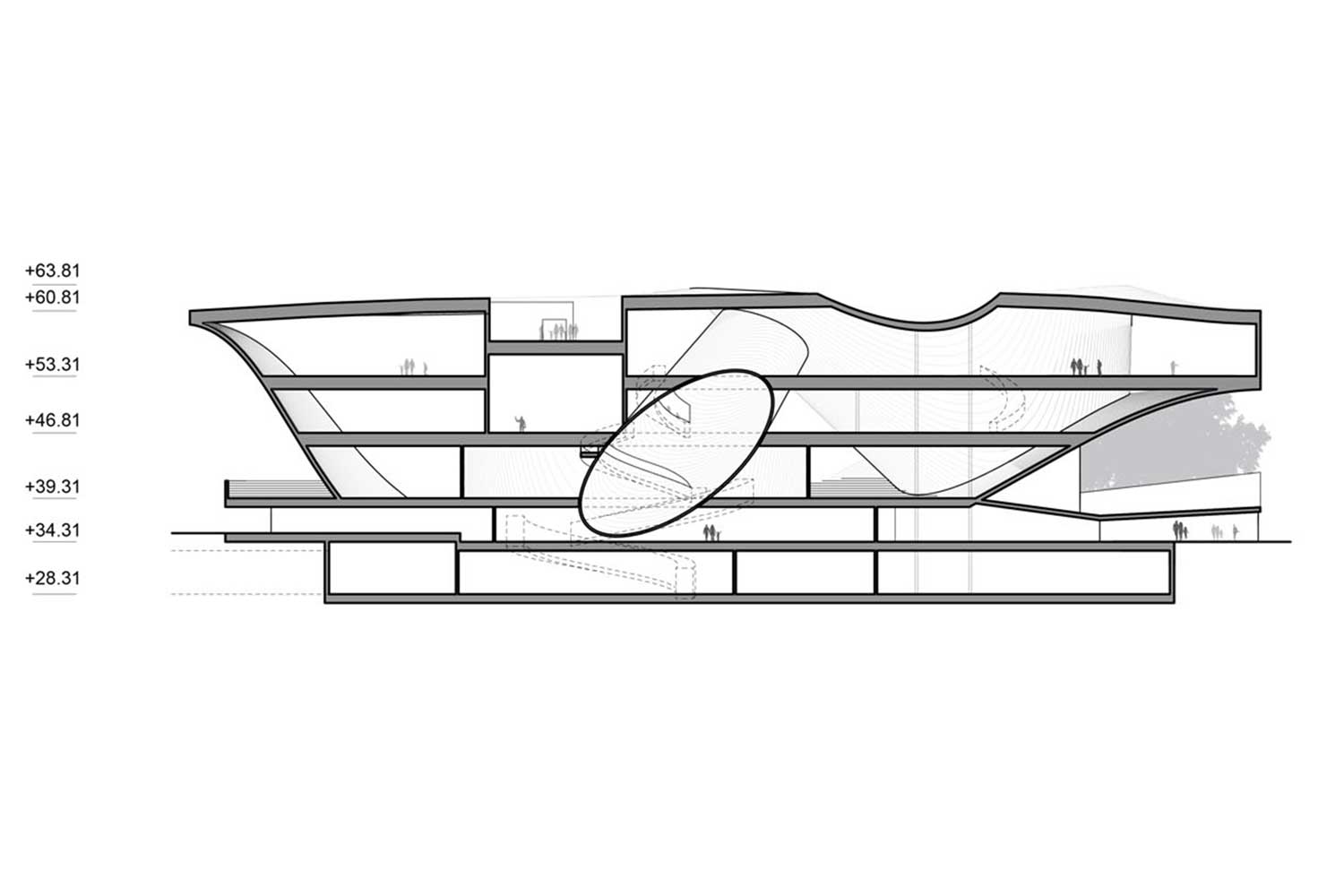 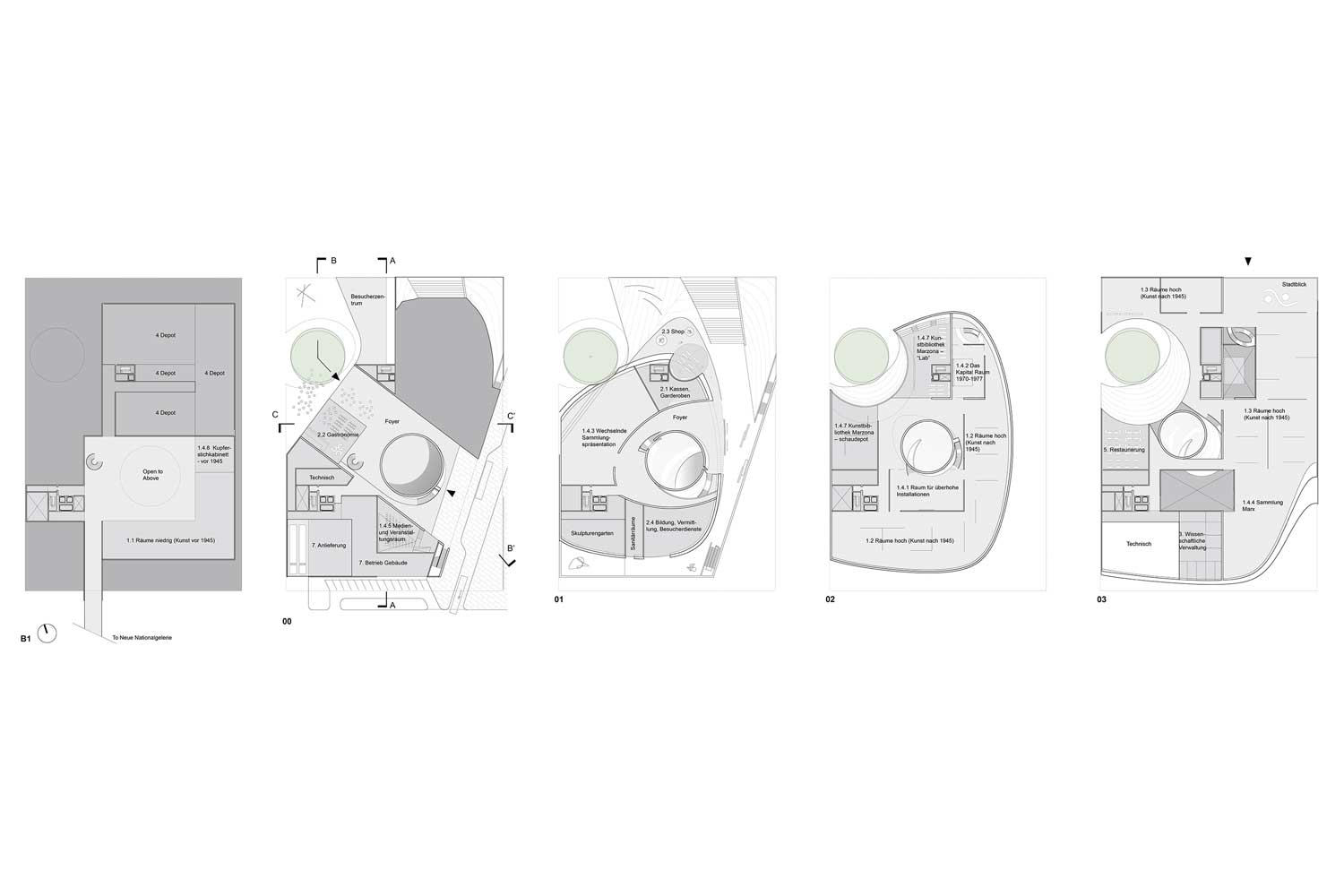 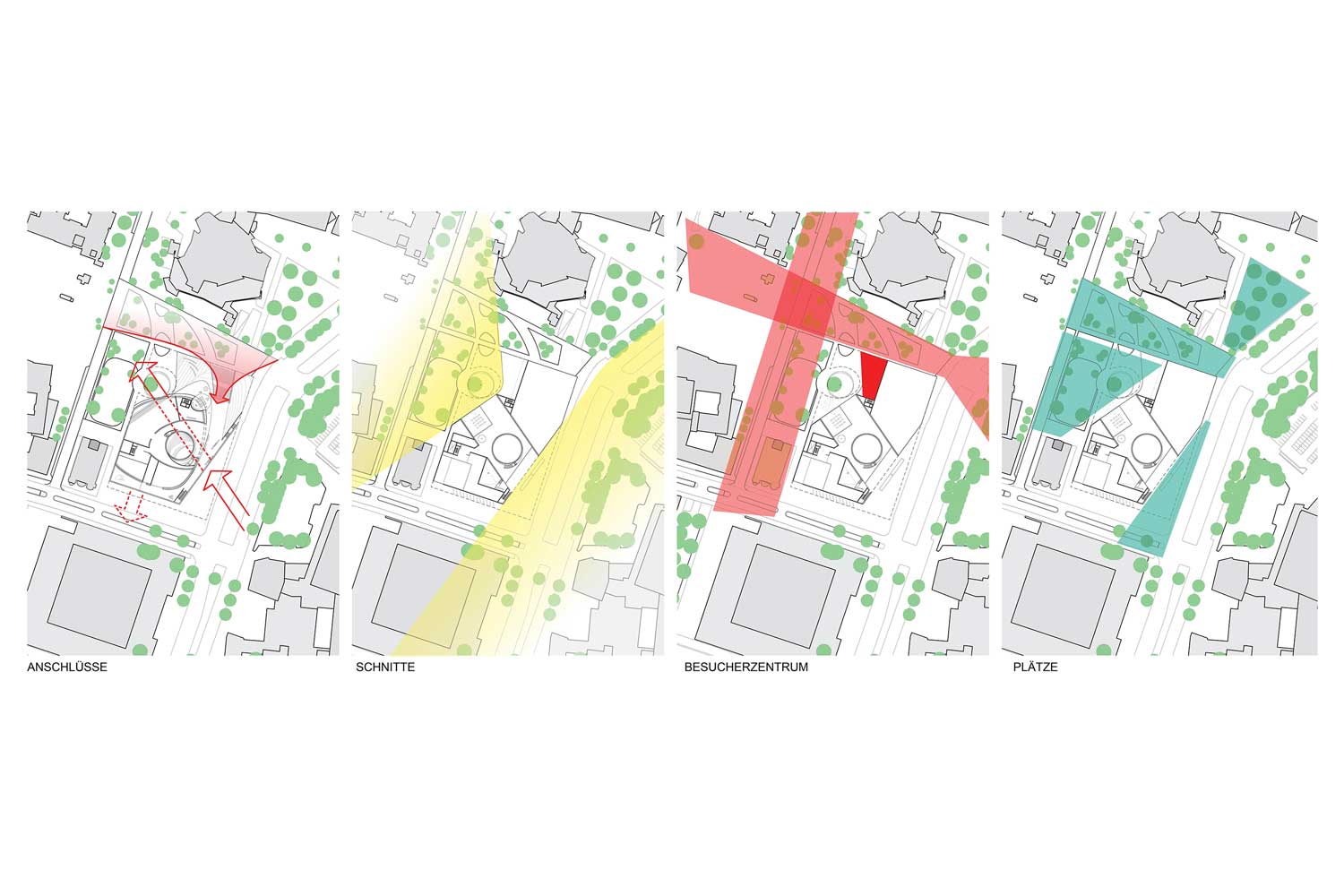 The Museum of the 20 th Century completes the current vision of the Kulturforum, by inserting itself as a new cultural institute that deftly reconfigures the major remaining open space, while strengthening the approved open space concept. Conceived of something other than a “building”, m20 is instead both a path and a place. Sited at the main access point to the Kulturforum, m20 provides an easily identifiable structure within the urban realm while affording visual and physical connections from greater Berlin to the heart of the Kulturforum. Art, however, is always the focus. From the outer edges of m20’s site, one immediately encounters public art and the staging of culture. The entry plazas are places for performance and installation, populating paths to the main lobby via the sloped ground to the north and from the corner plaza, Sigmundplatz, to the southeast.

The organizational element of m20 is the “Light Mass”, which is a vertical, constructed void that runs from the basement to roof, and acts as a light collector as well as a framework for vertical circulation. As one moves from the National Gallery to the m20 through a tunnel below the earth, they will emerge into and inhabit the interior of the Light Mass before viewing art prior to 1945. As one travels upwards and forward, they will circulate around the Light Mass, a solid central figure which allows glimpses into that light, and is representative of a point of reflection and recollection - a reminder of the context in which the art of post-1945 was born. It is a vessel of that very history.

While the m20’s placement is based on an urban relationship with the Kulturform and its surroundings, the landscape strategy fully anchors the project to its site. Once completed, the landscape will render the site as seamless, and a visitor will not be aware of boundaries or edges.  Hardscape and landscape are integrated to create intimate nodes of gathering, as well as space for relaxation, circulation and art display. Further, landscape is also brought up to the roof, creating a large elevated art meadow overlooking Tiergarden Park and the city of Berlin below.